Featuring a stunning original score, and reality-bending binaural soundscapes, Debris is not just a show, it’s an experience. 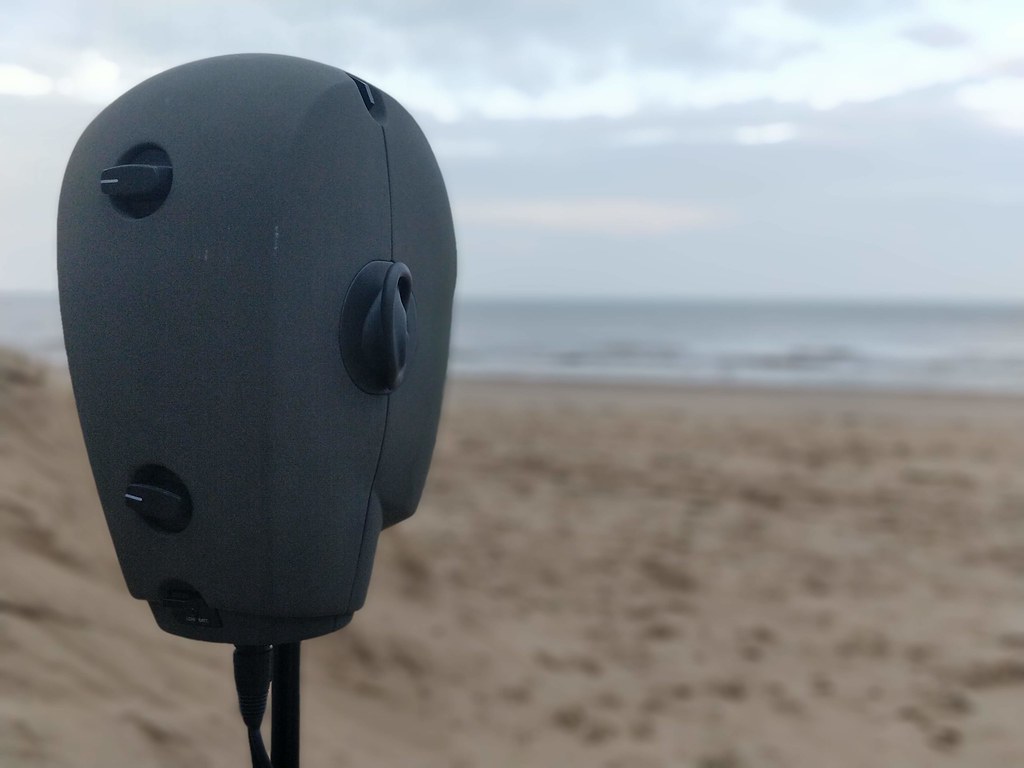 Using cutting edge 3D sound technology, each performance is live mixed to create a unique fever dream experience unlike anything else.

Listening through headsets while the action unfolds onstage, audiences are plunged into a world of chaos and half-truths.

Featuring a stunning original score, and reality-bending binaural soundscapes, Debris is not just a show, it’s an experience.

This production of Debris was created in association with Young Everyman Playhouse.

The binaural sound for Debris was recorded by a Neumann KU 100 Dummy Head microphone, to capture sounds in 3D the same way that humans do with their own ears.

Some characters in the show are pre-recorded but the binaural sound allows them to be brought to life as if they were on stage with the performers.

A Q-Lab file is used to play the music, soundscapes, and recorded characters in Debris, and is comprised of 768 individual cues. The cast wear wireless microphones allowing us to apply effects and manipulate their voices in real-time.

The Neumann KU 100 we used to record the binaural sound for Debris was kindly lent to us by the National Theatre, through a scheme setup by the Association of Sound Designers.